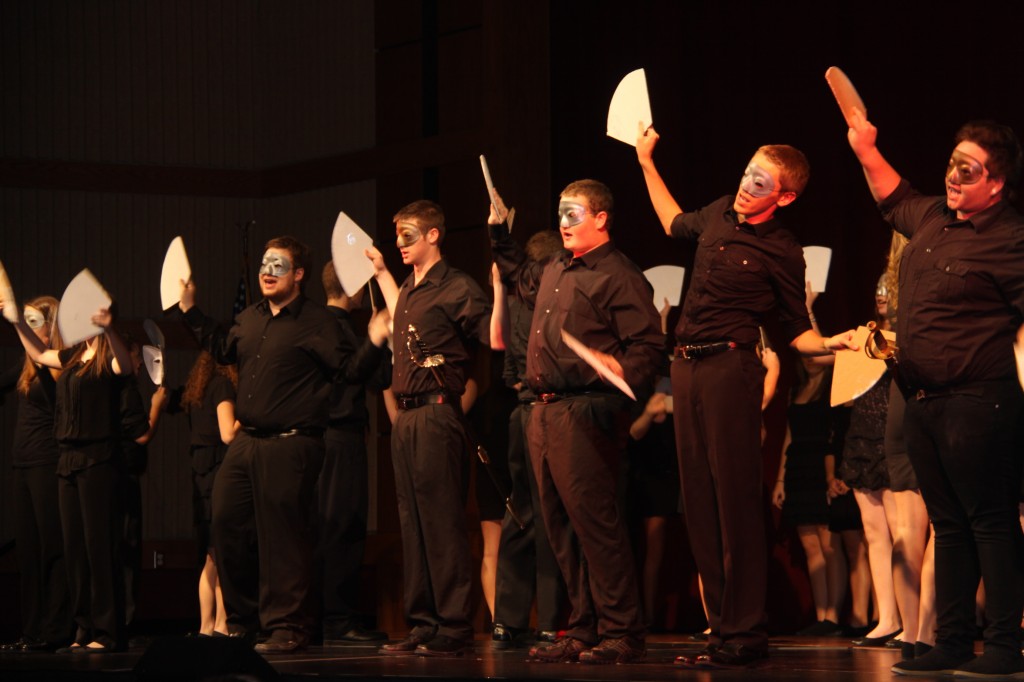 Vaudeville begins tomorrow and the cast is becoming anxious.  Preparing for Vaudeville is tedious, but the hard work always pays off.  This year, I am a part of four wonderful groups, and each one of the groups have been hard at work memorizing lines, choreographing, and nailing those high notes.  Of the four groups I am in, two involve several people.  The cast of The Phantom of the Opera-which will make way in March 2013- will be performing the musical number “Masquerade”.  In this number, the entire cast will portray party goers at a fabulous party at the opera house, also known as a masquerade. While they are enjoying themselves at the party, they are suddenly interrupted by the phantom. I think this is a wonderful act for the cast to give a preview to the spring musical.  I am excited to start out the Vaudeville show with this act.