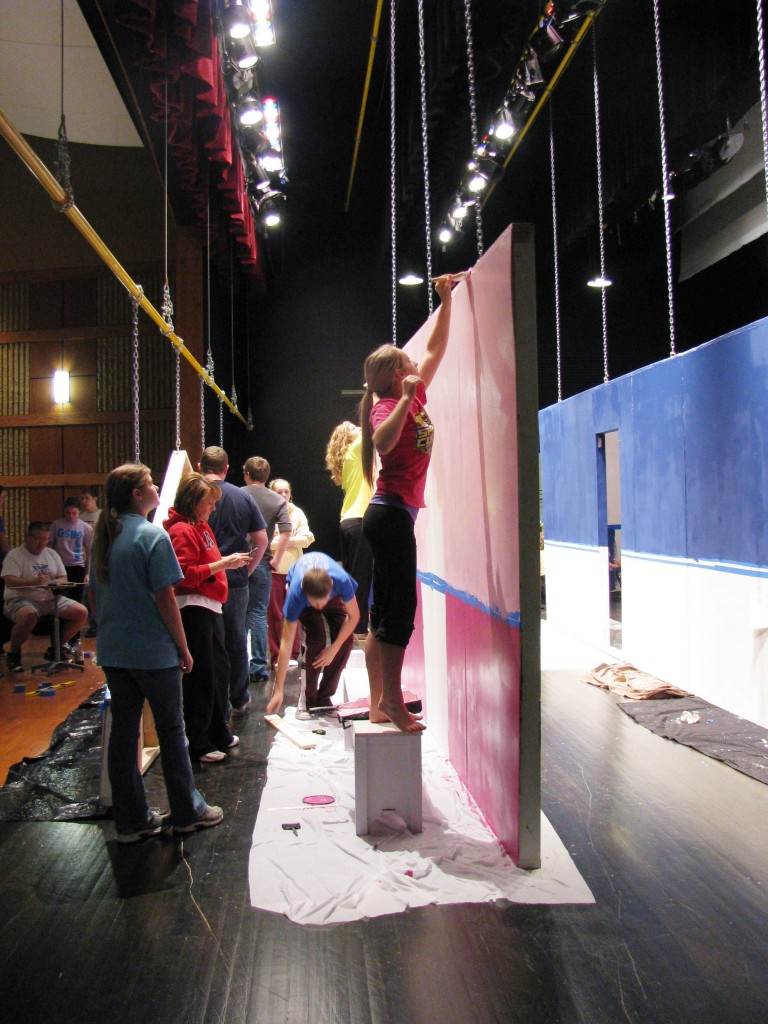 The spring musical, Legally Blonde, will be performed in early March, but many preparations, on top of rehearsals, have been taking place in the past two weeks.  Two work days, both held the last two Saturdays, have had great attendance with many parents of cast members, as well as cast members themselves, working extremely hard to build sets. The tasks to be accomplished have made much progress during both of these work days.  Students in the theatre arts and technical theatre classes have also been working hard on sets.

On the first work day, on Saturday, February 4th, quite a few parents, many being fathers, built multiple items including the Delta Nu house, the beauty salon where Paulette works, and the dorm room in which Elle lives while at Harvard.  Multiple set pieces were built as well, some of which have double uses.  The second work day, held today, Saturday, February 11th, allowed for a full five hours of priming and painting all the set and set pieces.  A lot was accomplished in a short amount of time, although there is still one more work day to come on Saturday, February 25th.  Hopefully at that time, the entire set will be completed and ready for the show.

At the work days, while students have had downtime, Mr. John Spradley has worked with them on their vocal parts to help better their individual and group performance.  Pictures from these work days can be seen included on this post.