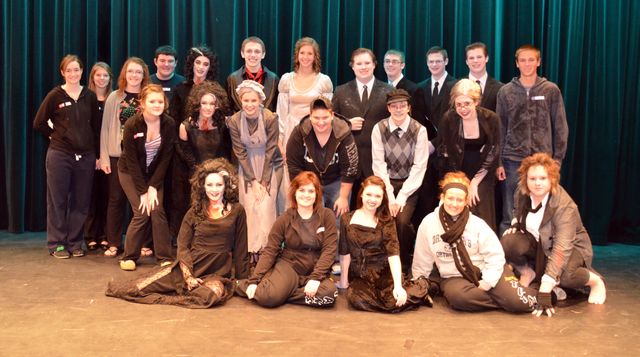 On Saturday, December 10th, Gibson Southern Theatre Department’s I.T.S. Troupe # 5623 performed its’ cutting of Dracula by John Mattera at I.T.S. Regional competition held at Brown County High School.  At regional competition, the piece performed by each troupe including the time used to set-up and strike, or take down, the set  must encompass less than 45 minutes. Fourteen very talented students were included in the cast, and the production team included Matt Hart, the Director and Thespian Sponsor, and nine students. The preparation for this performance began months ago, when Matt Hart chose this play to be performed … READ MORE