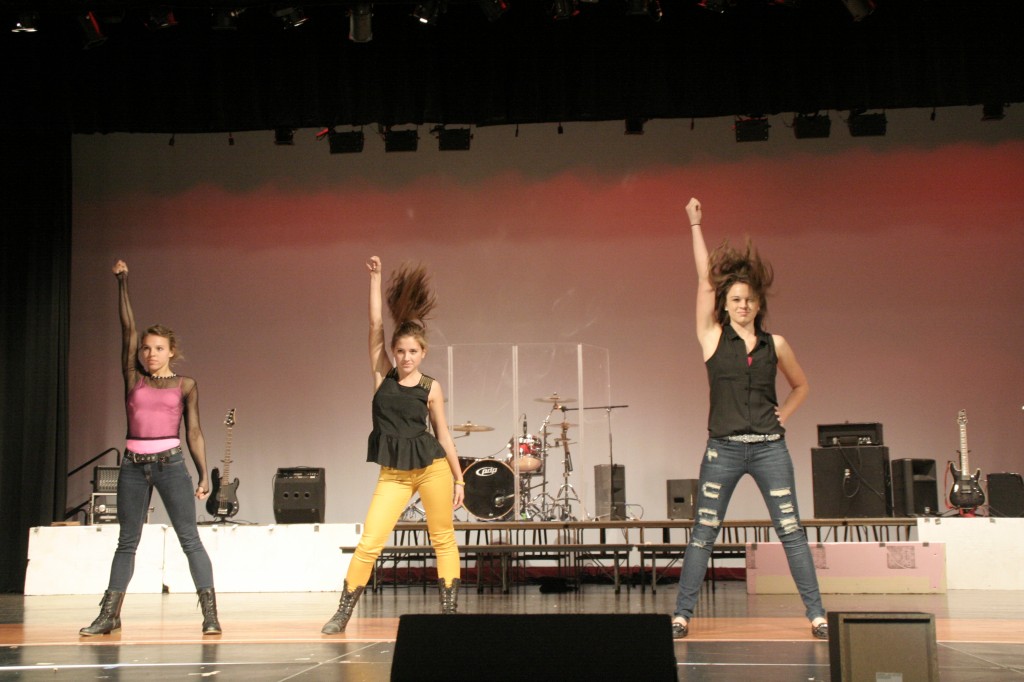 It’s almost Vaudeville weekend, and it is perfectly normal to be nervous and tired, as the cast and crew are now. As we approach the weekend of show, the cast and crew are having to stay later and later during the week to make everything performance ready. For the past three weeks, all crew members have been here almost everyday, setting their cues and working on stage props to make sure everything is ready for show. For the past four weeks, the cast members have been here every week to work on tweaking some major aspects of their skits. It all has been going very well. Some of the acts in the show are performed by the theater classes, and they have been working on them while in school during this past semester. The first period theater class has been working on a performance to the song “Holiday” by Green Day; second period theater class’s performance is “21 Guns,” which is also by Green Day; and third period theater class’s performance is “Singing in the Rain” by Glee. So make sure you buy your tickets now to ensure that you get to see another installment of Gibson Southern Theater Department’s Vaudeville!