Vaudeville 2012: GSTD Live! is just a week away and the Gibson Southern thespians are hard at work in rehearsals. So what can you expect from all this hard work? 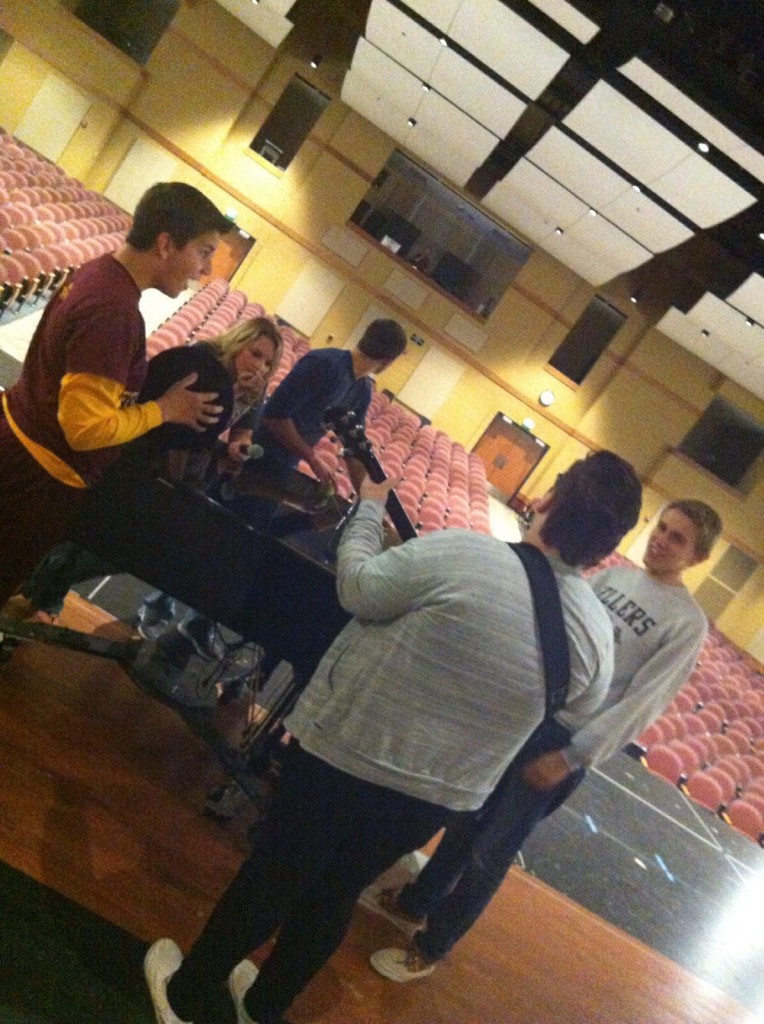 Well this year’s Vaudeville will be set up around the “taping” of an episode of Saturday Night Live. Audience members will get to see everything during the show as well as lots of adventures behind the scenes too. It’s an exciting blend of music and comedy.

The show will include everyone’s favorite SNL classics (Spartan cheerleaders and Matt Foley both make appearances), as well as some modern favorites (Kristin Wiig fans won’t be disappointed). Audience members from previous Vaudevilles will be pleased to know that several audience favorites from years past will be making a return as well.

The musical acts will cover just about every end of the spectrum. Solos, duets, and choral performances will include everything from Green Day to Lady Gaga to A Day to Remember. Also a special guest appearance from a certain Youtube sensation!

It’s going to be a night of laughs, fun, and lots of surprises. You won’t want to miss it!

To purchase tickets, go to www.gshstheatre.com.