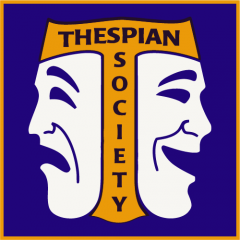 The second ITS meeting of the year was held on Tuesday, October 1st, 2013, at 7:30 AM in the auditorium. Director Adam Bledsoe lead the meeting. Vaudeville 2013: Lost in London, The Marriage of Bette & Boo, and How to Succeed in Business Without Really Trying auditions have all concluded and cast lists have been posted. Theatre club and show t-shirts will be sold for $10 each and can be ordered online all year long. These shirts will be available three days after purchase.

If anyone has still not joined Remind101, text @its5623 to (970) 639-5822 to get ITS notifications. In addition to Remind101, everyone needs to join the ITS and Theatre groups on Schoology if they have not previously done so. The Theatre Group is available to anyone, while for ITS, you will need an access code.

Papers for Gibson Southern Theatre Memberships were passed out at this meeting, and the benefits that accompany each level of membership were discussed. It was also mentioned that attendance has been a problem, and it was resolved that ITS members’ memberships will be under review after missing two meetings for any reason other than one that would also require a student to miss school.