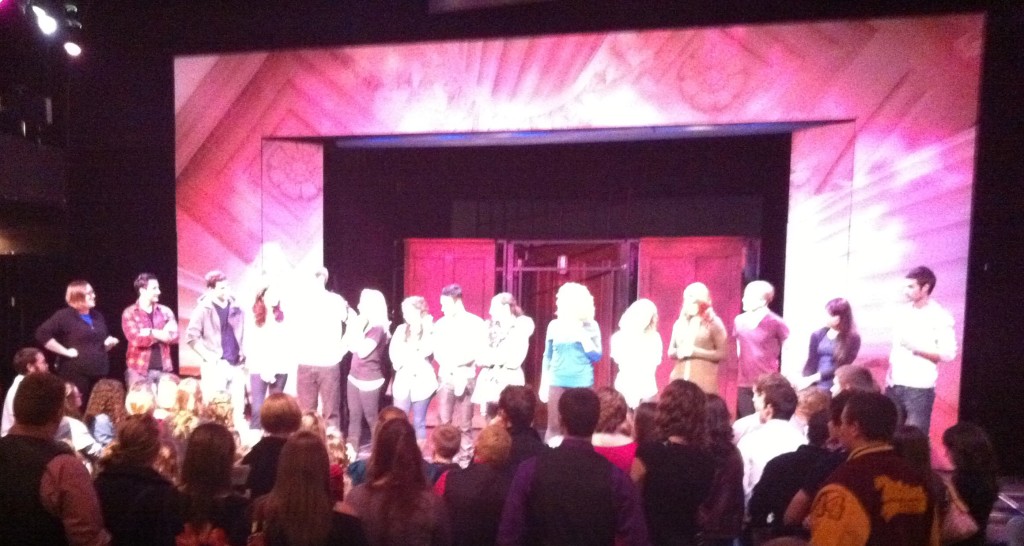 Two weeks from today will be a big day for the Gibson Southern Theatre Department.   At 7 P.M. on the evening of March 8, GSTD’s production of Legally Blonde the Musical will be opening. The cast and crew of the show has been working extremely hard for the past three months, but this past weekend they got to take some time off and go have a bit of fun.

The cast and members of the crew all took a trip up to Indianapolis on Saturday, February 18 to see Legally Blonde at Beef & Boards Dinner Theatre. Beef & Boards is a professional theatre company that produces about eight shows a year, with only two weeks of prep for each show. Somehow though, they always manage to pull it off with great success. A full house was present on Saturday and the show was very well-received.

After the show, the Gibson Southern Theatre Department members got to meet the cast of the show and participate in a Q&A session. The cast members told stories about performing on tour, what it’s like dealing with problems during a performance, and their advice for young actors.

“Just be honest. The best thing you can do is to try to be as honest as you possibly can onstage,” said Dominic Sheahan-Stahl, who played Emmett in the production.

Needless to say, it was a fun, entertaining, and educational weekend!