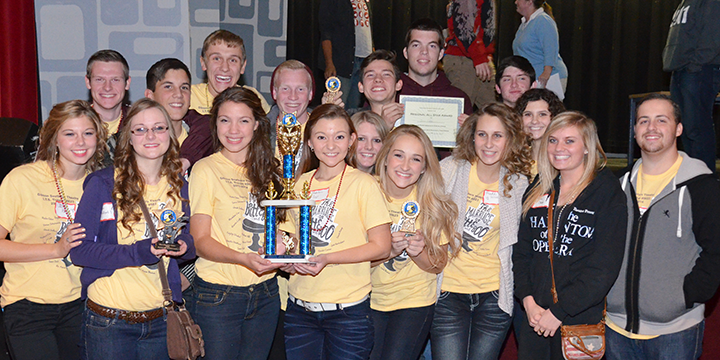 Gibson Southern Theatre’s I.T.S. Troup #5623 competed at the regional level on October 26, 2013 with a 45 minute cutting of Christopher Durang’s “The Marriage of Bette and Boo”.  The conference was held at Madison Consolidated High School in Madison, IN.  Auditions date back to early September 2013 along with auditions for our spring musical, How to Succeed in Business Without Really Trying. 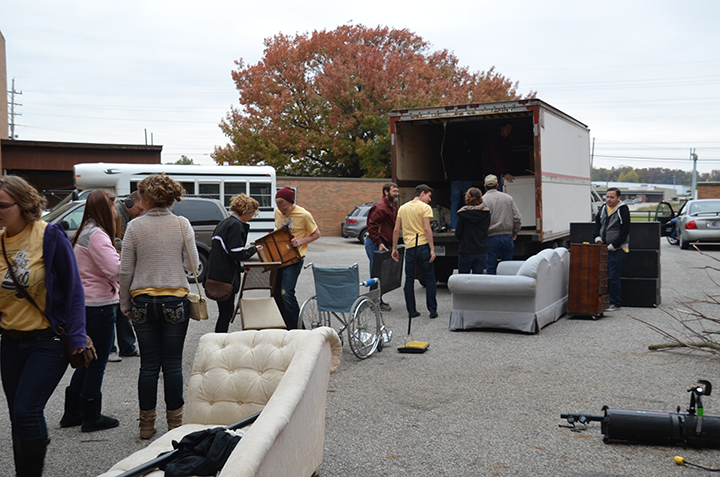 “The Marriage of Bette and Boo” is considered by many to be Durang’s best play to date. Admittedly biographical, the play is based on his parents’ marriage. Though it is a funny play told in 33 (mostly) quick scenes, the play is known for the mixture of seriousness and comedy in its tone.  Shortly after its 1985 opening at Joe Papp’s New York Shakespeare Festival, the play won a large number of Obie awards – for Durang for playwriting, for Jerry Zaks

for directing, for Loren Sherman for set design, and an Ensemble Acting Obie for the entire 10 person cast. Later that year the play also won the prestigeous Dramatists Guild Hull Warriner Award.  The Hull Warriner award is for the best play of the year “dealing with social, religious or political issues”, and it is particularly meaningful among playwrights since it is voted not by critics but by the 30 to 40 distinguished playwright members who make up the Dramatists Guild Council.

The regional competition consisted of four area schools. After the four performances, the attendees also had the opportunity to attend a select number of workshops.

The ITS State conference will be held January 24-26, 2014 at the University of Indianapolis.  Each qualifying high school from the four Indiana regional competitions will compete at this conference.  More details to be announced.